Black History Month has been off to a rough start huh? We began with Virginia Governor Northam’s blackface scandal, then Virginia Attorney General’s blackface scandal, then Gucci’s blackface scandal. Katy Perry tried to have a blackface scandal, but girl… that was just a case of ugly ass shoes honestly. Then Liam Neeson decided to grace us with that riveting tale of a young man seeking revenge against all of (had to be five black people in Northern Ireland at the time) “black bastards” because his friend had been raped by someone of that complexion. Then Burberry had to apologize for having a hoodie-noose design in its collection. And if all of that wasn’t frustrating enough, here… “coming in fast around the last turn, gaining speed and closing the distance in this electric Racist BHM 2019 Decathlon, it’s Alabama! Alabama!”

Goodloe Sutton, the publisher for the newspaper, The Democrat-Reporter of Linden, Alabama, wrote an editorial entitled “The Klan Needs to Ride Again”. In this editorial, Sutton suggests that the Klan is needed to eradicate Democrats within the Republican party and Democrats overall because they are plotting to raise taxes to support their “socialist agenda!” You know, that socialism, like all human should have healthcare and access to clean air, water and education — Christian, I mean “socialist” sh*t like that. Then, he doubled-down on said argument in an interview with the Montgomery Advertiser where he proclaimed that some good ’ lynching would do the trick in cleaning up D.C. “Asked to elaborate what he meant by “cleaning up D.C.,” Sutton suggested lynching. “We’ll get the hemp ropes out, loop them over a tall limb and hang all of them,” Sutton said.

Well there ya go.

I, like most Black descended from African slaves and particularly those who grew up in the south, aren’t really upset by this. I mean, yes, I’m upset. He’s racist trash and the KKK is a white supremacist domestic terrorist organization. But, how does one garner the energy to be outraged at something that is not the least bit surprising?

The only people I can garner the energy to be annoyed by in this moment, are the scores of my white brothers and sisters who have been in a state of shock since around 2013. I’ve long concluded that the convergence of the very overt and public failure of justice for Trayvon Martin and the rise of social media, was the catalyst for a “racial awakening” of sorts (followed of course by a series of murdered unarmed black people during the same time who never received justice). Somehow, despite showing, telling, writing about and “town-halling” racial issues in the United States for the decades since slavery ended, it wasn’t until about 2013 that many in white America finally started to be receptive to the fact that racism was still a persistent and prevalent problem. It was never lopped off in a clean break after 1865, or 1965 or 1970 or even after 2008.

Which brings me to this nugget. At the time I type this, nearly 60% of Virginia’s black population doesn’t want ’ Grand-dragon-“Annie are you ok?“ Northam to resign. That same group of white people who were shocked into reality around 2013 is probably shocked by that revelation as well. The reason 60% of African Americans can see something as atrocious as blackface in someone’s past and still advocate in this specific context and situation that they remain in office, is because they’ve long lost the privilege of being shocked and surprised by American racism. They are now well on down the path of accepting the reality of that racism (not accepting racism mind you, but the reality of its societal presence) and on to what I call the Janet Jackson nuanced “Control” approach. That’s the “what have you done for me lately” action to getting sh*t done.

Both Northam and Sutton are older, white, southern men. Black voters would probably be more shocked if there wasn’t some sort of overt racism in their past; even one who’s an “ally”. This is our existence. The reason those black Virginia voters can still support Northam is that despite “not knowing” if he is the Klansman or the guy in blackface in a 1984 picture, he’s shown a propensity towards enacting the type of policies necessary right now. He’s severely flawed, but not irredeemable, unlike Sutton. He’s also useful at this moment. Also unlike Sutton who’s just a publisher for a smalltown newspaper and who’s about as useful as a used condom (QUIT TRYING TO REUSE THEM). Northam is also caught up in a bizarre situation where the next three possible successors present severe flawed problems of their own. Right now, voters have leverage against Northam. They have the leverage to effectively form a much stronger accomplice in him even if it’s only in terms of legislation alone. Use this moment to ring every piece of progressive, inclusive and racially forward-thinking legislation out of his moonwalking limbs as possible.

We’re in a political mess right now. It may sound hyperbolic, but the United States has never been in a similar clusterf*ck and constitutional crisis as what’s going on now except the Civil War perhaps. And that crisis didn’t involve the interference of foreign adversaries. Jeez. Earlier this week, Michael Eric Dyson was on the Breakfast Club and essentially spouting some honest talk that a lot of people don’t want to hear about our “cancel culture”. It often comes from a place of superiority. It comes from a place of privilege as well. For all the “this candidate has to earn my vote; they’re ‘canceled’ ” talk of 2016, while true on its surface, still came from a place of privilege — the privilege of knowing you’ll be perfectly fine regardless of who resides in the White House. That reality is true for a lot of people and most of those people are financially well off enough to endure any president. But as we’ve seen since 2016, there are far more people who can’t just endure “any” president and his/her administration. Millions of people depend on federal jobs and on the government not closing for nearly two months and losing two entire paychecks. There are millions of Americans who depend on those tax refunds at the end of the year. There are millions of Americans who depend on healthcare being accessible to them even with a preexisting condition. There were millions of Americans in Puerto Rico who depended on a functioning federal response to a catastrophe.

Both of these realities are salient in these nearly 60% of Virginia black voters. They have been forced to deal with the complexities, nuances and peculiar nature of race and American politics in the Twilight Zone that is the Virginia Executive branch right now. However, this is something that many of our former black leaders understood and manipulated in a manner we have yet to fathom in this new hashtag era.

Time will tell if we sufficiently do. 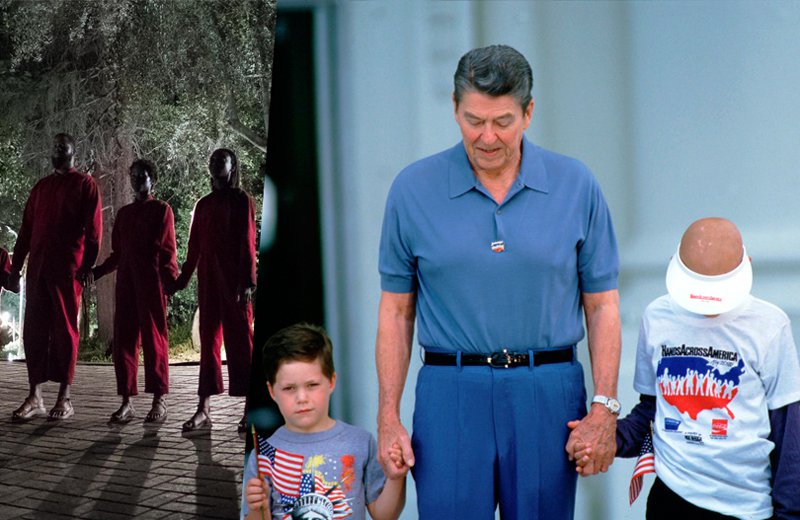 That one time America claimed it wanted a populist, so it elected a billionaire trust fund baby