I’ve seen “A Bronx Tale” 19,716 times (give or take a few “”). It’s one of my all-time favorite films. Taral Hicks (Jane) was beautiful in it and her flawless dark skin was just starting to have that baby glisten that would be so prominent in “Belly” (also courtesy of the Hype Williams’ style). Lillo Brancato Jr. (Calogero) was a cutie-pie who unfortunately took that method acting concept a little too far and got himself sentenced in real life in a robbery where an off-duty police officer was killed. Jane was from the black side of the tracks, Calogero was from the Italian side. Theirs was a love destined for turbulence in the 1960s’ setting even though that wasn’t the primary focus of the flick.

I was only about 13 years old when I first watched ABT and I learned a lot from it. I learned that no man can turn down a good woman who can make a sauce. I became acutely aware that if a man unlocks and opens the car door for me, I better lean over and unlock his or I’ll forever be thought of as a “selfish broad”. I had reemphasized for me a message that had already been beaten in my head by my parents and tons of other mentors — “there’s nothing sadder in life than wasted talent”. I also learned that racism and relationships can be complex matters in a way that I don’t think I appreciated before, at such a young age. Calogero could be deeply in love with this tall, “chocolate” girl, respect other black people, and still hurl racist insults at them in the heat of anger to cause maximum pain. Or, side with his closest friends — albeit begrudgingly — when they have spats with their black counterparts from a few streets over.

As I watched the movie once again over the weekend, it was the first time I noticed something about one very noteworthy scene, though. Calogero’s friends had been beefing with the black kids from Jane’s neighborhood. Racial slurs were thrown back and forth and there were a couple of fisticuffs between the two groups. After one fight, the black kids retaliate by egging Calogero and his crew’s hangout spot. To get back at them for this egging, Calogero’s wannabe gangsta peers decide to really escalate the situation. They bring uranium to a proverbial pie-throwing fight by packing guns and preparing cocktails. This is to not only an attempt to destroy the black kids’ hangout spot but to posture in the ultimate show of toxic masculinity and a sad showing of a “white adjacent” ethnic group begging to be adopted by that larger demographic. “Hey, look at us over here! Look at what we’re doing! We’re not exactly ‘white’, but we ain’t these negroes! Like us better now?”

It was while they were riding in their car with the weapons and homemade bombs, beckoning for Calogero to join them on their quest, that my ears noticed it. While they spewed “I hate these monkeys” and “I hate these n*ggers” and “I wanna kill them” — Jimi Hendrix played loudly through the speakers of their vehicle the entire time.

That scene is so American.

Mr. Robert Di Nero who also directed the movie as well as starred as “C’s” father, is no dummy. I never paid attention to what was playing on the radio in that scene before, some people have and thought it was “contrived” as this reviewer did several years ago.

I don’t know Rian, the author of the aforementioned review, or his biography but it states he’s living in Guyana. I also don’t proclaim to be an encyclopedia on the history and full culture of Guyana either. However, from what I do know of the rich ethnic and racial makeup of the nation and if he has never lived in America or as a minority person of color within the confines of traditional Western society; I’d expect him to feel as though that was some sort of forced “message”.

As a person of color and a citizen of the nation in which the story is set, I would tell Rian emphatically that, that wasn’t contrived at all. Even if it felt contrived to him, the context it was created in is completely organic and natural to the white supremacist ecosystem of the United States. A scenario in which some ignorant bastard can spout off a volcanic cloud of racist rhetoric while blasting his favorite black entertainer’s music is so natural to the landscape of America that I’ve watched this movie at least twice a year for going on three decades and just noticed it for the first time this past weekend.

It’s as American as giving the disclaimer “I have a black granddaughter” right before you say amazingly racist stupid sh*t about black people.

It’s as American as our former President and author of this nation’s “Declaration of Independence” (oh the irony) fathering five children with a black slave while continually upholding and advocating for that racist and oppressive system against black people.

It’s as American as seeing a pickup truck of white boys with a huge Confederate flag flying from its mount while DMX blasts from its subwoofers. (Heyyy Alabama).

Lastly, it’s as American as being an older white man, having your close decades-long white friend who had a biracial stepchild and counts black men among his best friends; refer to you as a “nigger lover” and “less than the niggers you’re f*cking”. This, after you point out to him that he’s wrong for tossing that racial slur around even if it had been “nigGA” (always a dumb “distinction” for this very reason). And, even though you both may have used the “GA” version when you were young, dumb and full of… gum, in your high school days while engulfed in hip-hop and black culture. The incident above happened last week to a close friend of mine.

So Rian, I’m afraid, portraying the hatred of “the blacks” while being completely enthralled, stimulated and entertained by their culture didn’t need to be manufactured for screen by Mr. De Niro. Feeling the blacks are are inherently more violent or less intelligent, and just inferior to you as a white person… Oh, except for the black people you know closely and make exceptions for, is so organic and natural to America that there was absolutely nothing that stood out about that scene for me in thirty years. 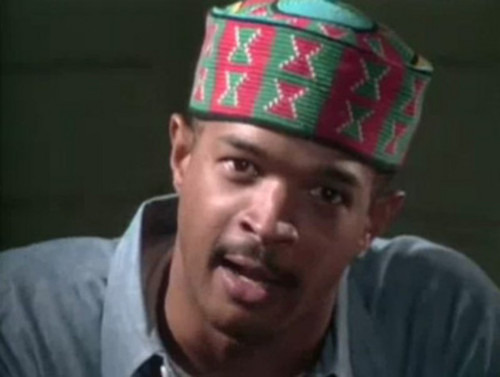